What is Sexual Violence?

Sexual violence can affect anyone at any time in their lives, regardless of age, gender, social background, ethnic background, religion or belief, disability, or sexual orientation.

Sexual violence is any form of unwanted sexual act or activity.

Sexual violence can happen to adults and children. Sexual violence mostly affects women and can be a gendered issue, however some people are not aware that sexual violence also affects men and non-binary people, and our services are for everyone.

We hope this list can help you to get the support you need.

The legal definition of rape is ‘When a person penetrates another person’s vagina, anus or mouth with a penis, without consent.’

The legal definition of Sexual Assault is ‘An act of physical, psychological and emotional violation in the form of a sexual act, inflicted on someone without consent. It can involve forcing or manipulating someone to witness or participate in any sexual acts.’

Sexual assault can include unwanted touching of clothing, being touched or grabbed, or someone rubbing against you with their pelvic area.

Penetration of another person’s vagina or anus with a body part that is not a penis, or with an object, without consent is defined as ‘sexual assault by penetration.’ This crime carries the same sentence as rape.

A child can never consent to sexual activity with an adult.

Child sexual abuse can be perpetrated by an adult, or an older child or peer.

The definition of sex trafficking is ‘when adults or children are recruited, harboured, transported, provided or obtained, under force, fraud or coercion, to perform a commercial sex act.’ Sex trafficking does not have to include travel or movement across borders, and happens to UK-born citizens on UK soil. The ‘payment’ for the sex act does not have to include money; the benefits could include any advantage gained by the trafficker (or another person) such as personal benefit or privilege as well as financial gains or property.

Child Sexual Exploitation is when a child or young person is taken advantage of through an imbalance of power, to coerce or manipulate them into sexual activity. Exploitation can include being given things, like gifts, drugs, money, status and affection, or can include coercion such as threats or blackmail. The child or young person may believe that the sexual activity is consensual, but a child cannot consent to sexual activity with an adult. Sexual exploitation does not always include physical contact, and can occur through the use of technology (such as coercion to share sexually explicit images online).

The definition of Sexual Harassment is ‘unwanted behaviour of a sexual nature which: violates your dignity; makes you feel intimidated, degraded or humiliated; creates a hostile or offensive environment.’

Sexual harassment can include being victim to indecent exposure, being sent or given images of a sexual nature, or unwanted sexual advances or sexual threats.

What is consent?
Legally, consent means:

There are some key things to note about consent:

Consent does not just mean ‘saying no.’ If someone stays quiet and does not move, if they move away or try to push that person away, or if someone is visibly distressed or upset, this is not consent. Many people who have experienced sexual violence will stay quiet and still and ‘freeze’ or ‘flop.’ This does not mean that they consented.

If you have been affected by sexual violence, we are here for you.

"Just wanted to say a massive thank you again for being my counsellor and bringing me back to life! I genuinely have no idea where I would be right now if it wasn't for your kindness, empathy and support. You have changed my life and made me realise my value and worth"
Counselling Client, South Wales
"I can now talk to my mum-I couldn't do that before. And I now feel that I'm an okay person. I look into my soothing box and breathe and breathe and breathe!'… 'I couldn't talk to mam or dad before but then I could and that feels better, not so on my own- less lonely-like you said really'. Thank you for helping me all the way through."
Children and Youth Service
"My counsellor has been really supportive and I have been able to open up to her easily. Counselling has helped me in so many ways. I will be eternally grateful."
Counselling Client, Swansea
"Counselling was a safe space where I could talk about difficult things. In the sessions I was encouraged to connect with my emotions and understand them. It was done in a gentle way and reassuring way. Even on the phone and in my own home, I was able to explore my thoughts and emotions without fear."
Counselling Client, Cwm Taf
"[Counselling] has helped me to make sense of the abuse I suffered as a child and learn that it wasn't my fault. My self-esteem and self-worth have improved my confidence has grown. I have learned coping strategies to help manage any symptoms that still affect me. "
Counselling Client, Cwm Taf

Website update
We are incredibly excited that we have updated our website. The very one you’re reading this on! This update has been 18 months in development and our aims in creating this new website wer […]
Read more 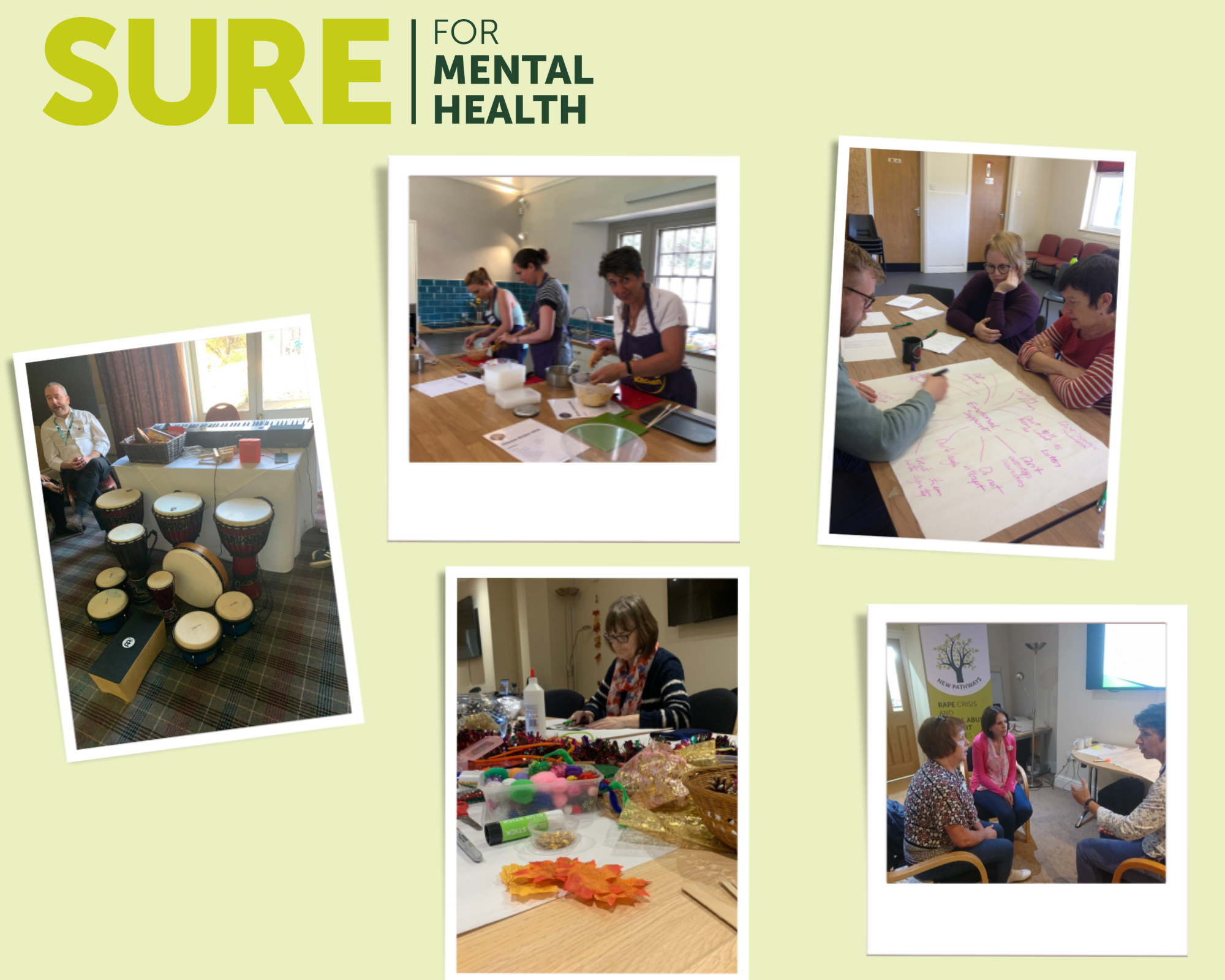 15,426 reasons to be proud
The SURE for Mental Health project at New Pathways has run for over 5 years, with the most recent Community Project drawing to a close in May 2022. This project really has created a lasting lega […]
Read more 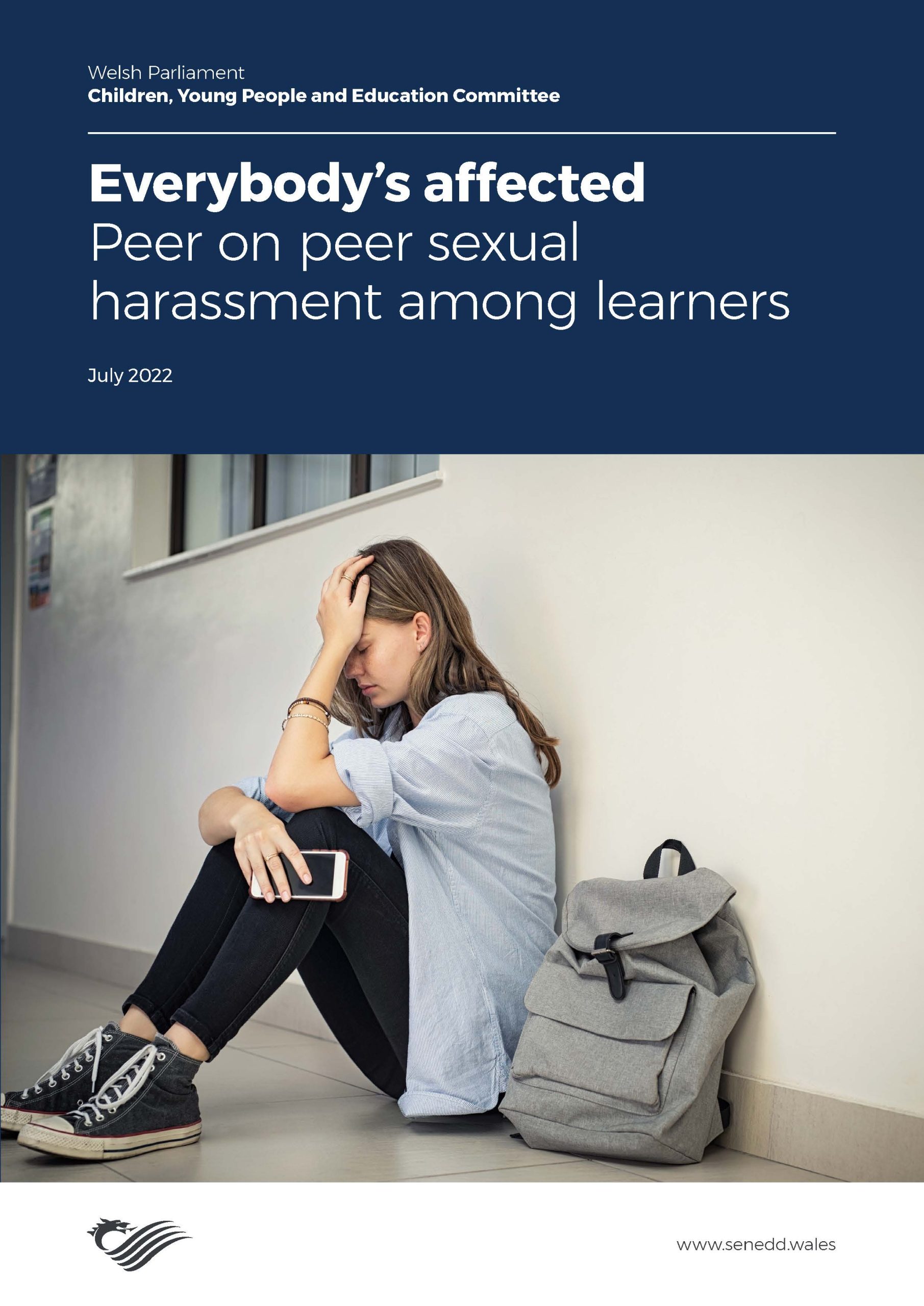 Peer on peer sexual harassment among learners – Senedd Report
On 13th July, The Children, Young People and Education Committee of the Senedd published their report on peer-on-peer sexual harassment, following a short inquiry, with feedback and statistics c […]
Read more 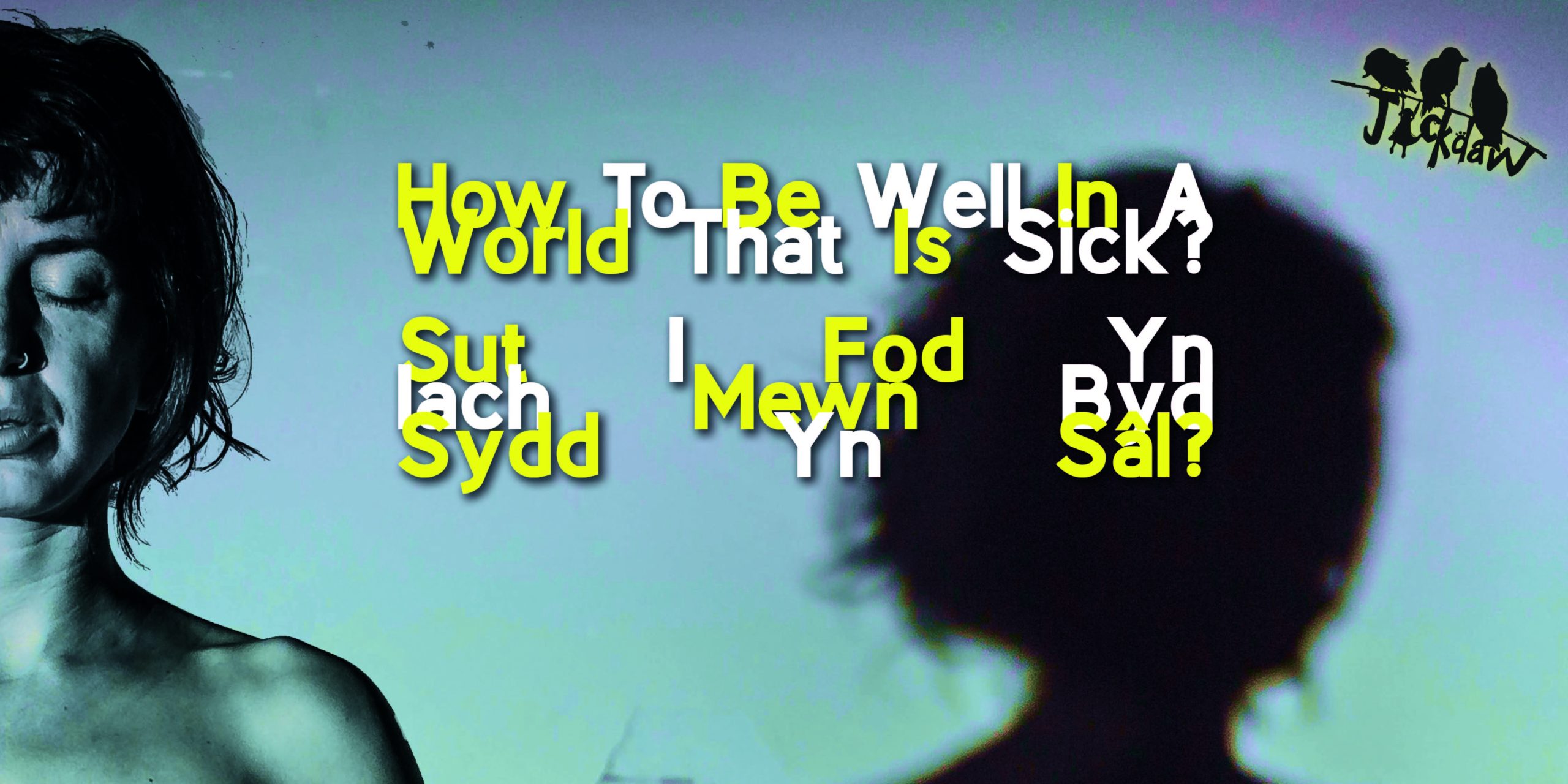 How To Be Well In A World That Is Sick
At New Pathways, we’re proud supporters of promoting recovery from trauma through the creative arts. Creativity can create meaning and connection, and create awareness and conversations around […]
Read more 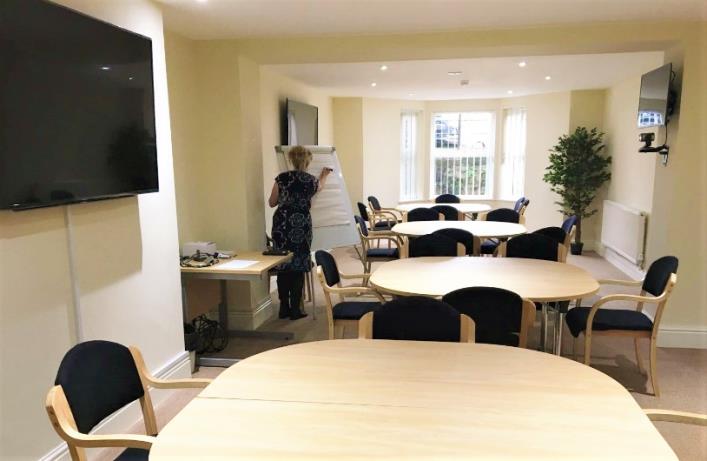 A day in the life of a counselling tutor
A Day in my Life as a Counselling Tutor by Sara Childs How my day begins I have three boys at school, so I try to get up before everybody and get a short workout and a meditation in on good days […]
Read more 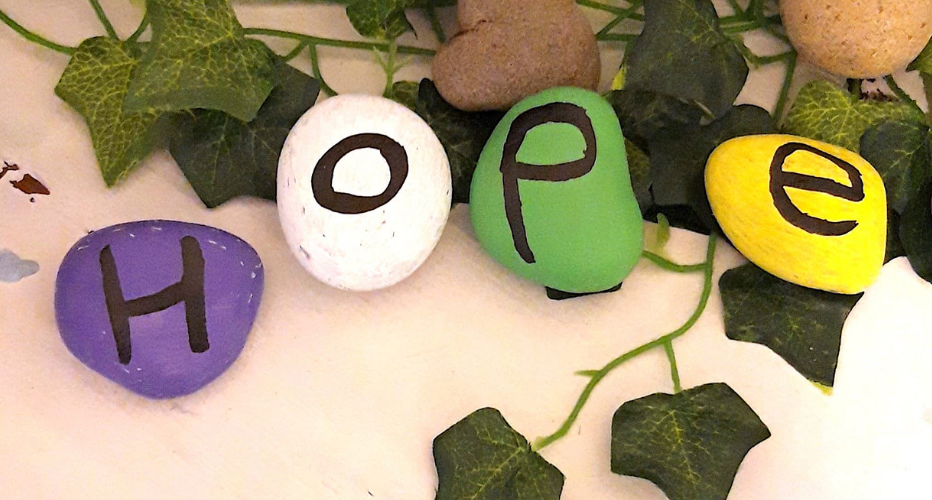 Messages of Hope for Mid-Wales
Since March this year, some New Pathways staff and clients have been working on a project to reduce stigma around sexual violence and encourage people in Mid-Wales to come forward for help. This […]
Read more

Counselling Volunteer Training
Our volunteer counsellors are an essential and valued part of our service offering. They counsel clients directly, allowing us to serve more people and giving volunteers experience in specialise […]
Read more 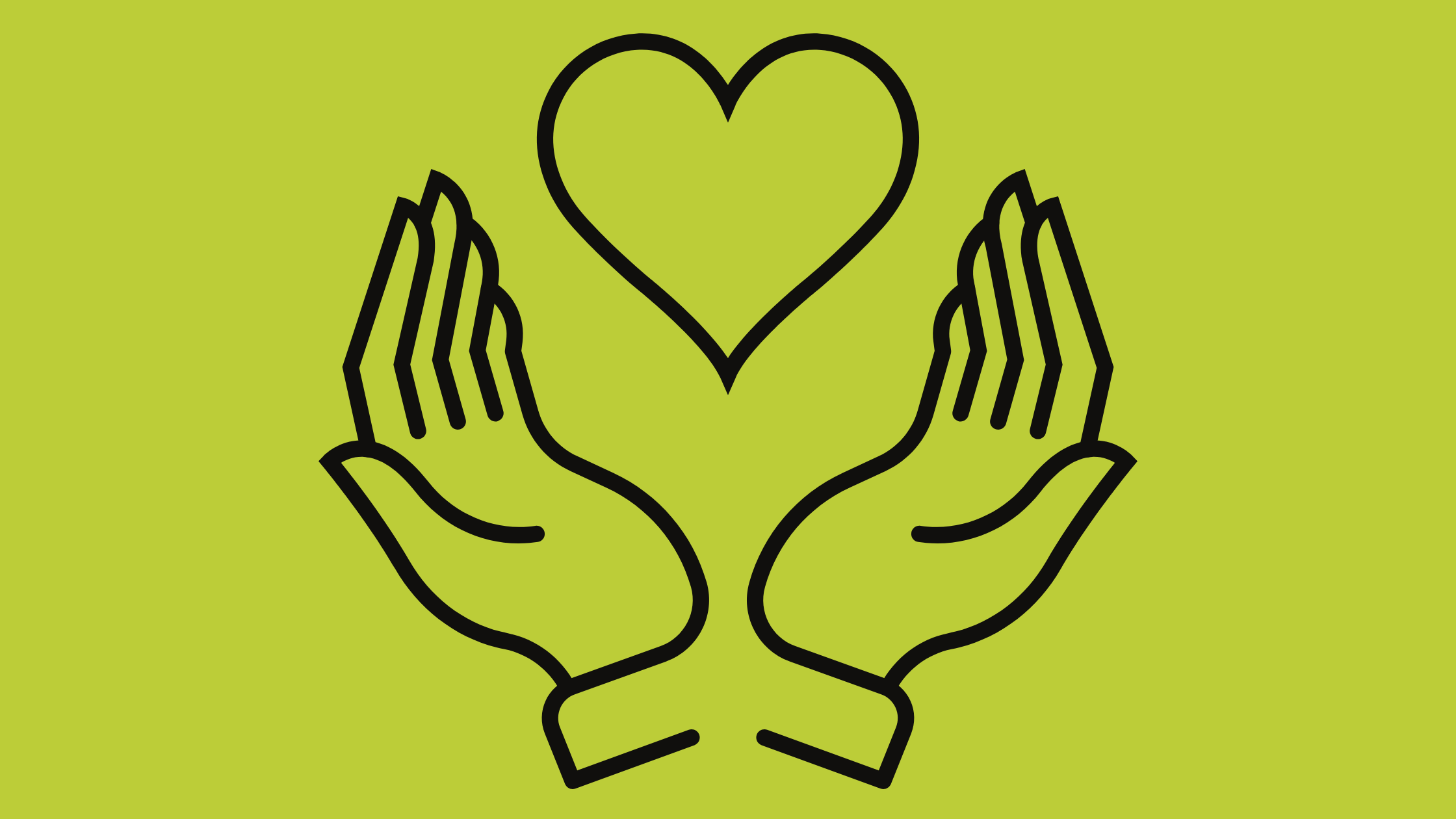 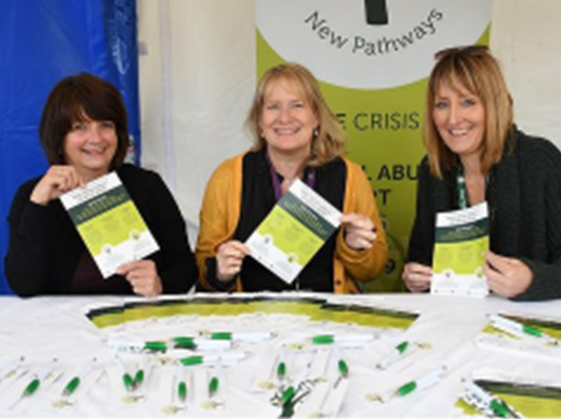 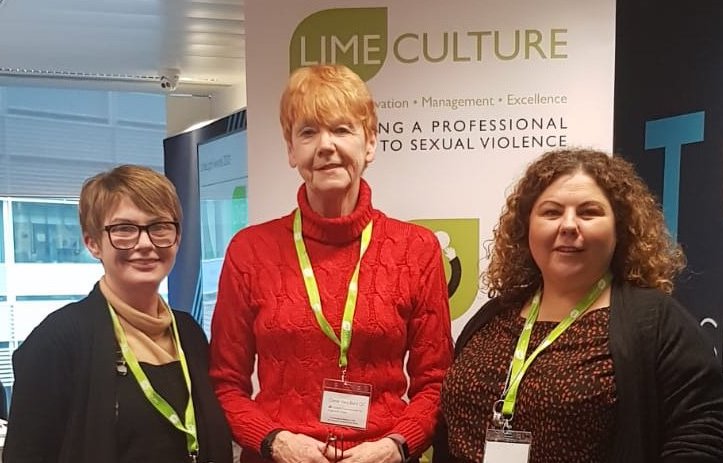 ISVA Quality Standards Award
We are proud to announce that we have been awarded the LimeCulture Adult ISVA and Children and Young Person’s ISVA Services Quality Standards. Our dedicated team of ISVAs (Independent Sexual V […]
Read more

We use cookies on our website to give you the most relevant experience by remembering your preferences and repeat visits. By clicking “Accept All”, you consent to the use of ALL the cookies. However, you may visit "Cookie Settings" to provide a controlled consent.
Cookie SettingsAccept All
Manage consent

This website uses cookies to improve your experience while you navigate through the website. Out of these, the cookies that are categorized as necessary are stored on your browser as they are essential for the working of basic functionalities of the website. We also use third-party cookies that help us analyze and understand how you use this website. These cookies will be stored in your browser only with your consent. You also have the option to opt-out of these cookies. But opting out of some of these cookies may affect your browsing experience.
Necessary Always Enabled
Necessary cookies are absolutely essential for the website to function properly. These cookies ensure basic functionalities and security features of the website, anonymously.
Functional
Functional cookies help to perform certain functionalities like sharing the content of the website on social media platforms, collect feedbacks, and other third-party features.
Performance
Performance cookies are used to understand and analyze the key performance indexes of the website which helps in delivering a better user experience for the visitors.
Analytics
Analytical cookies are used to understand how visitors interact with the website. These cookies help provide information on metrics the number of visitors, bounce rate, traffic source, etc.
Advertisement
Advertisement cookies are used to provide visitors with relevant ads and marketing campaigns. These cookies track visitors across websites and collect information to provide customized ads.
Others
Other uncategorized cookies are those that are being analyzed and have not been classified into a category as yet.
SAVE & ACCEPT
Powered by